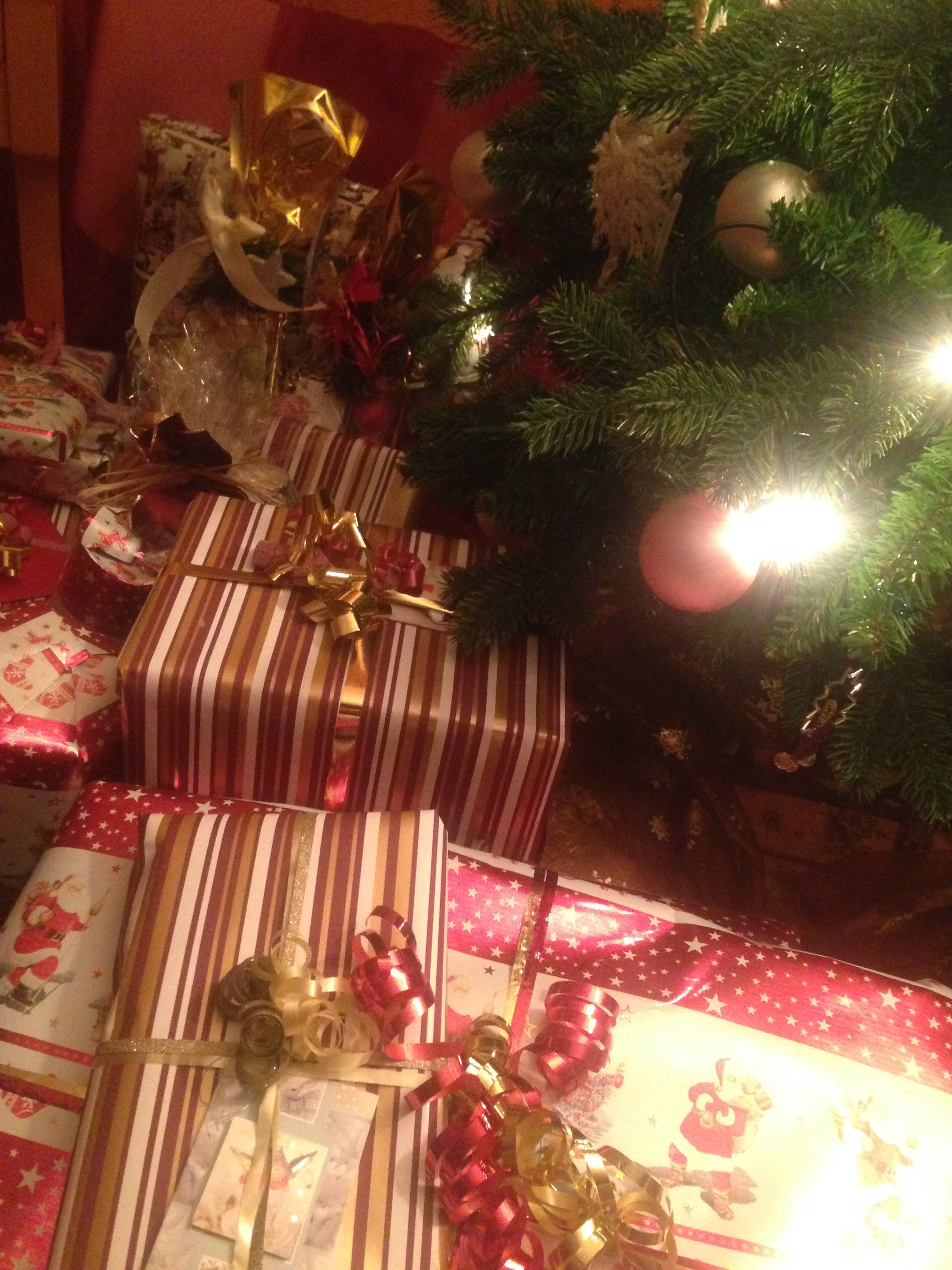 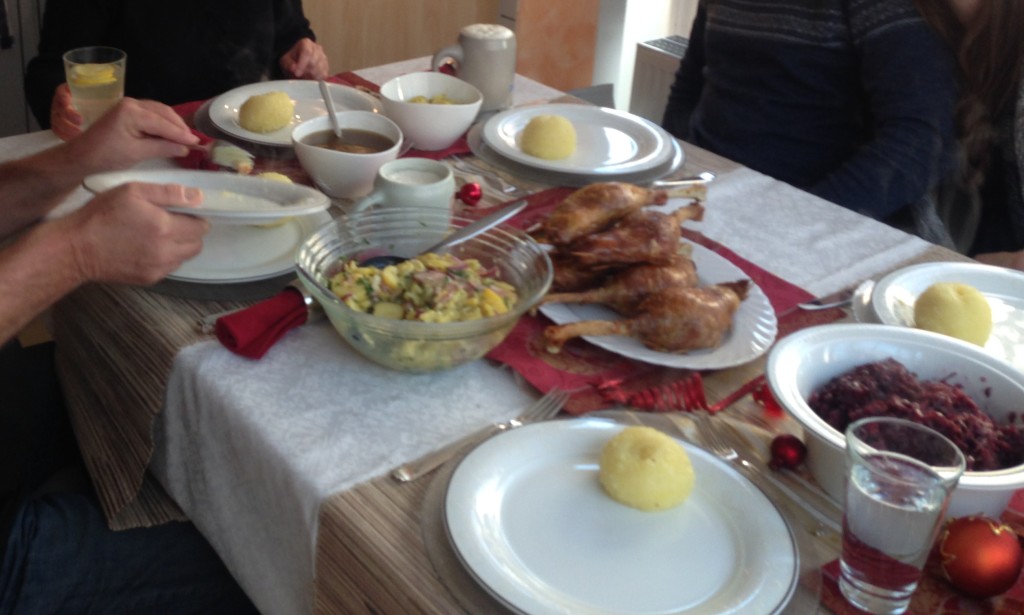 In Finland the most important day to celebrate Christmas is Christmas Eve. That is also the day when Santa arrives. In the morning we eat rice porridge with sugar and cinnamon or with plum/mixed fruit soup. Usually the rice porridge is served from a large, common kettle and an almond has been hidden in it. The one who gets the almond can make a wish. The Declaration of Christmas Peace is an essential part of the Christmas tradition and every year, it is announced from the city of Turku at 12 o’clock. After that people might decorate their Christmas trees, go to church to sing Christmas carols, bring candles to graves, and the most important, GO TO CHRISTMAS SAUNA! Christmas sauna is essential! 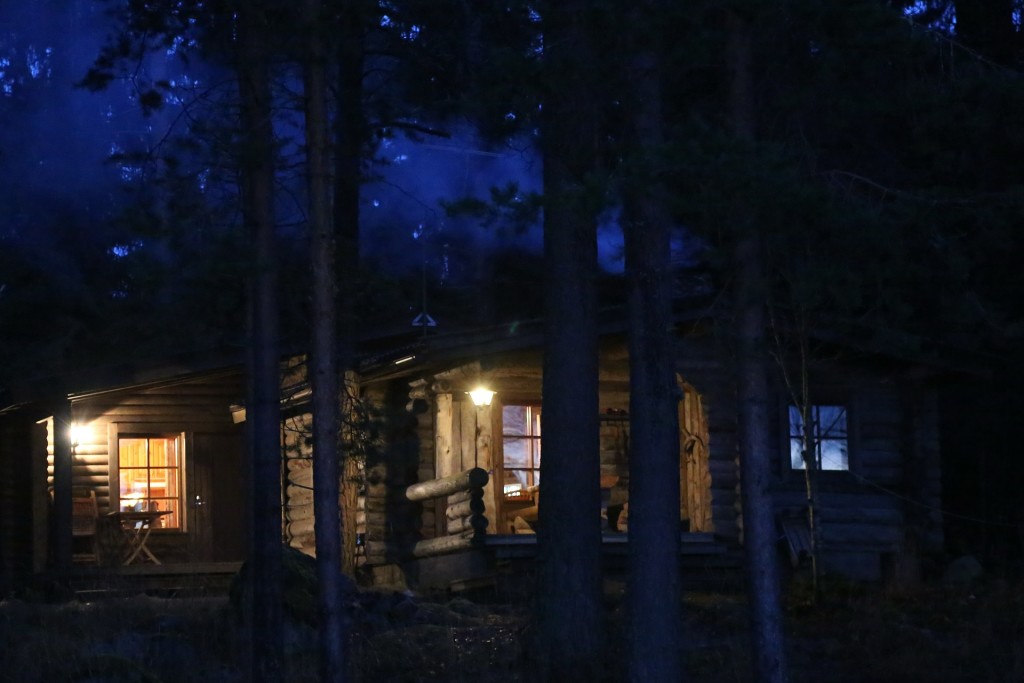 Obviously, food plays a central part in Christmas celebrations in Finland. There are traditional Christmas dishes that you can find in almost every household. The main dish is usually a large Christmas ham. The traditional salad is called rosolli, which is salad from boiled beetroots, carrots, potatoes, apples and pickled cucumber. For something sweet, Finnish people eat Christmas pastries, biscuits, lot of chocolate and gingerbreads. 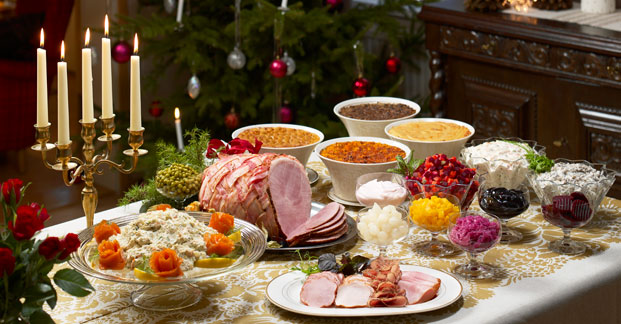 People drink glögi (mulledwine, glühwein) with rasins and almonds. Glögi is a non-alcoholic drink but some people like to add some koskenkorva-vodka in it. Also homemade beer (it can be, and usually is, non-alcohol) and seasonal Christmas beers are popular. 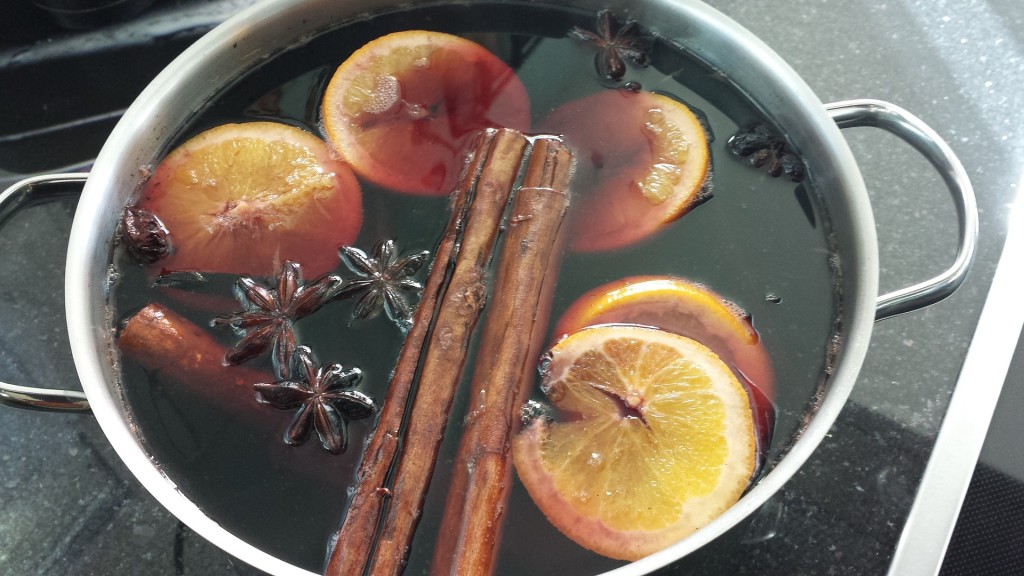 While quiet and relaxing quality time with close relatives is preferred on Christmas Eve, visiting friends and eating leftovers is the thing to do on Christmas Day. Partying steps into the picture on Boxing Day, and many like to head out to bars and clubs.

Back in the days, when I was still a child, we would go back to our place of origin (our village and in my case Arusha). So it would be our family my uncle’s and aunt’s families all gathered at the village with our grandmother. We would start the day by going to church and then come back home where we’d usually have two or three goats or sheeps slaughtered just for the day and we’d barbeque them. 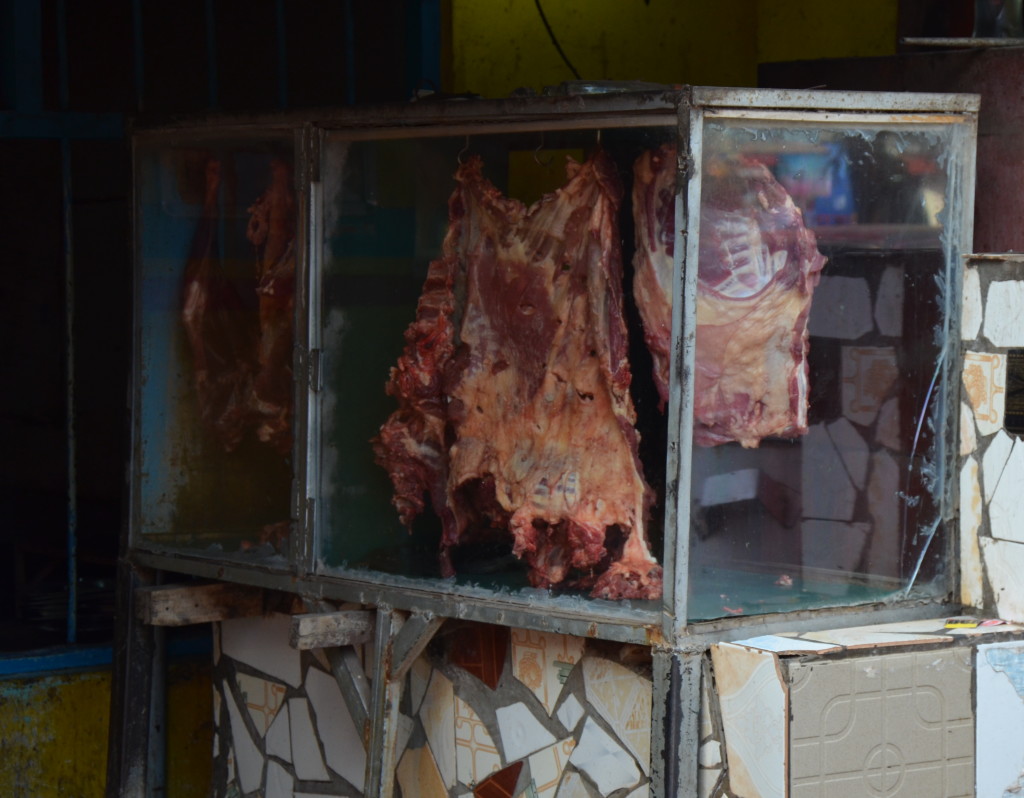 We’d also have lots of drinks soft drinks for the kids and hard drinks for the elders. In the evening we’d dance the night away at home with loud music from our home stereo, play different games, tell each other stories till like around 3 or 4 am, when everyone is exhausted. 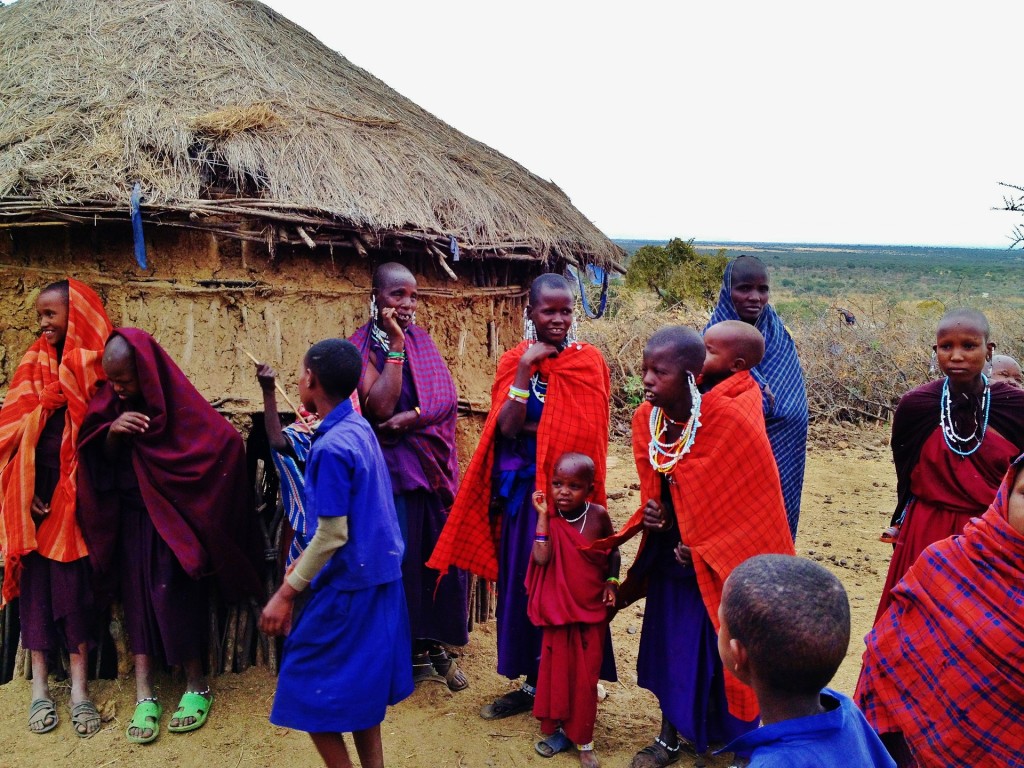 But these days it’s a little different and with my grandma gone, we spend most of the Christmas Days here in Dar es Salaam. So we go to church in the morning as usual and later on go to our Dad’s home and spend the day there with family. We have some barbeque and some really nicely cooked dishes for the day. Not much of dancing these days, I wonder why? At around 9 am we usually go out to hang out with friends and have fun.

The first moment when I start thinking about Christmas is when Amsterdam is decorated with thousands of lights.

The Amsterdam Light Festival starts by the end of November. You can go on a beautiful cruise by night and see the art of lights. For a shorter version you can take the walking route. You instantly forget it’s getting dark early this season. When the streets are decorated, the people start decorating the inside of their houses as well. The Christmas tree is one of the most used items of course. 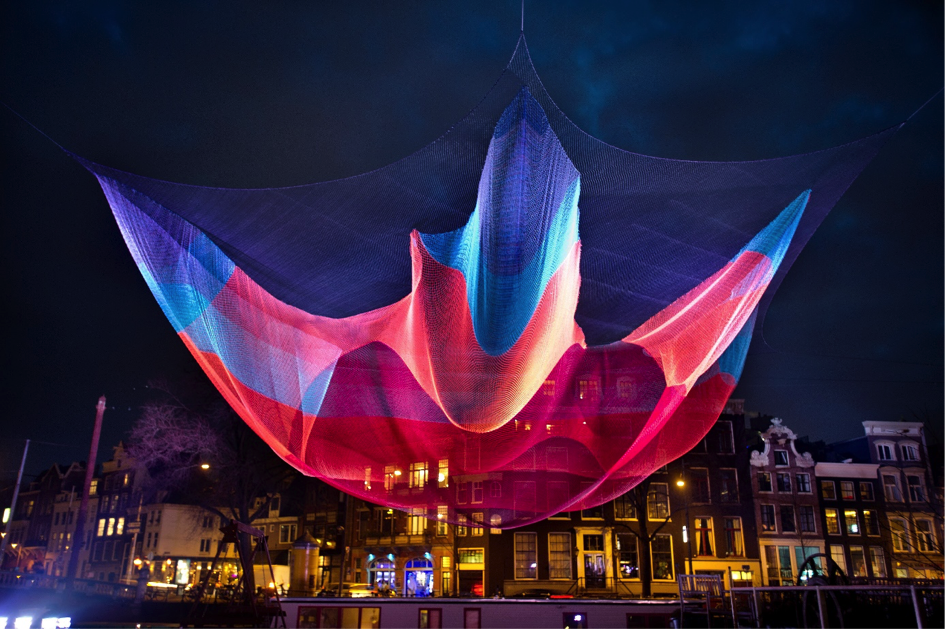 What does a 26 year old dutch guy do during Christmas time? 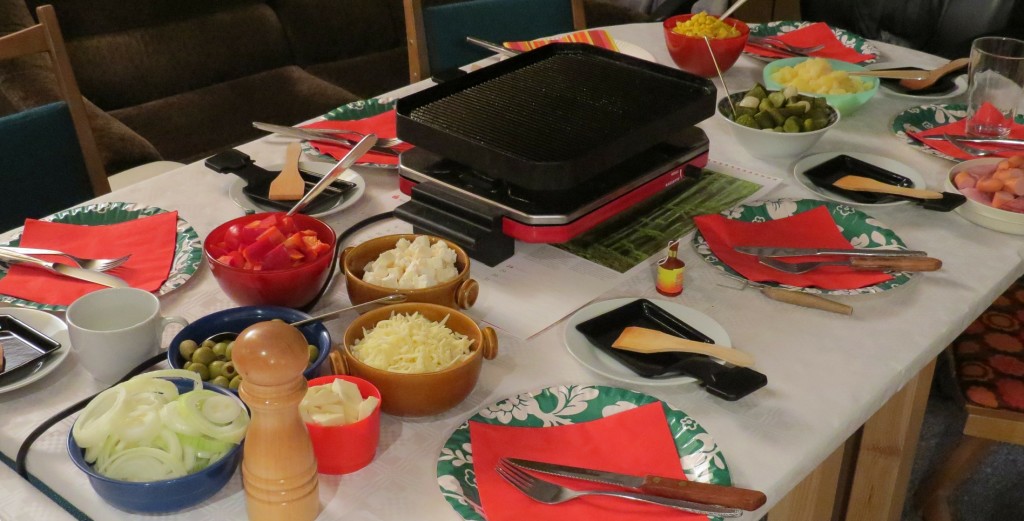 2. It might sound a bit boring, but ice skating can be really fun, especially when the water on the canals is frozen. At the moment the canals aren’t frozen, but from mid December, Museumplein is transformed into a magical winter wonderland as the Christmas Village sets up stall. There is an ice rink at Museumplein. Next to the ice rink, the square will transform to a Christmas village with Christmas markets, live entertainment and lots of lovely food and drink set against the iconic backdrop of the Rijksmuseum. 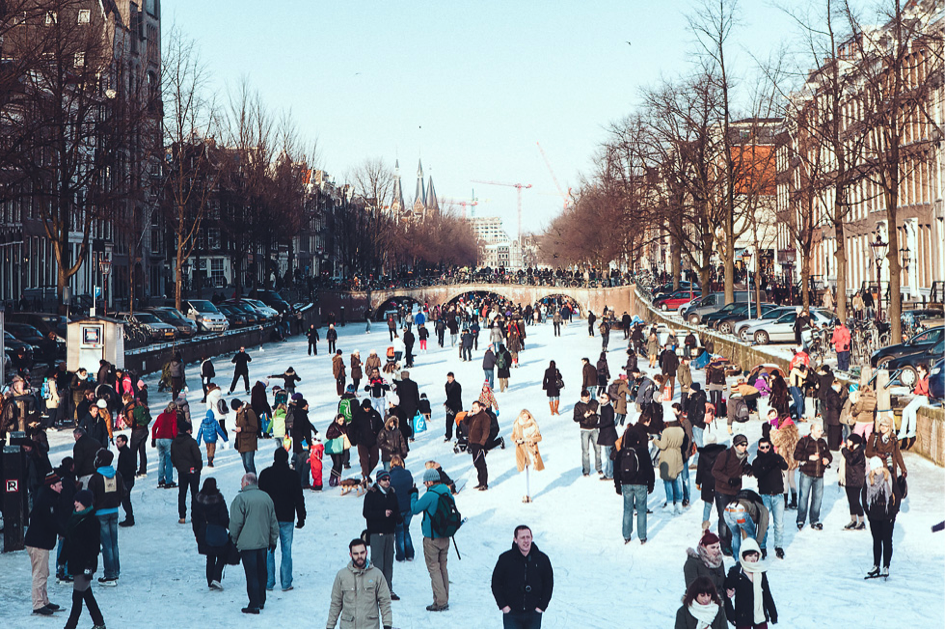 3. The gourmet (raclette) won’t be turned on every night, so before getting on a night out in one of the many clubs of Amsterdam you have to eat and drink at Foodhallen. Many different quality food stands where you can get small dishes and good beers. Even later at night the music will be turned up! (Don’t turn up to late, because it’s getting full early this time a year.)

Are we getting down a snowy hill with a sledge around Christmas in Holland? NO! Family, friends, eating and drinking with each other is the most important thing. After a busy year, we spend some quality time which each other, building up new or sharing old memories. We strengthen the band for next year and are thankful for being healthy and able to do it!

This takes place till the first day of the new year, when everybody regrets eating and drinking so much they will be spending the first month in the gym. Getting rid of the beer belly!

When I was a kid, my family lived in northern California, but my extended family all lived in southern California. A week before Christmas, my mom and I would start baking cookies to take down to the family. We usually made gingerbread decorated cookies, sugar cookies, peanut butter cookies with Hershey kisses, and my mom’s specialty cranberry date bars. Honestly, what I really remember most fondly about Christmas is making cookies with my mom and brother. 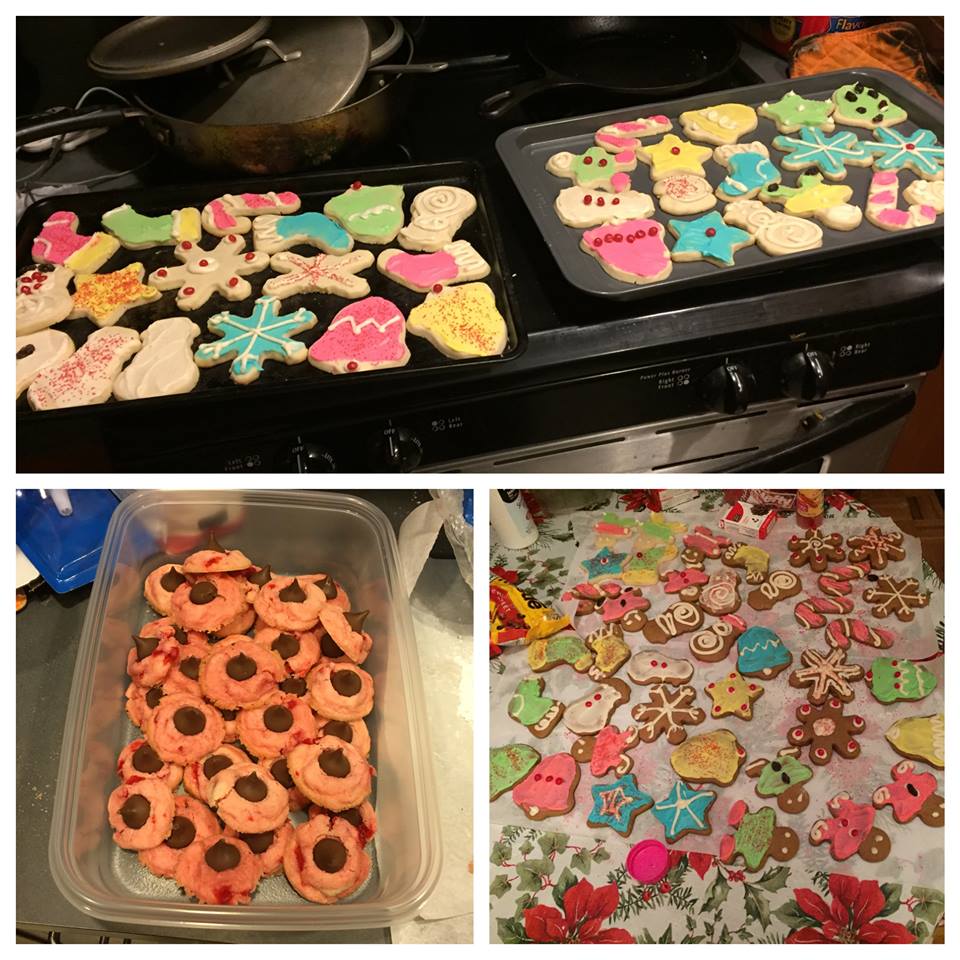 The drive down to southern California would take 9+ hours depending on the traffic (full of my brother and I bickering in the backseat), but usually we would go a few days before Christmas. We spent Christmas Eve with my dad’s family and Christmas Day with my mom’s family. All my cousins on my dad’s side were older than my brother and I, so they did their part to help us believe in Santa.

In the early evening, my mom would make us go upstairs to put on our nice clothes and somehow Santa always came while we were upstairs. Then we would eat dinner and open presents. When we were little we used to have something really simple because my aunt would say the easier the dinner, the quicker the dishes and we can all open presents! 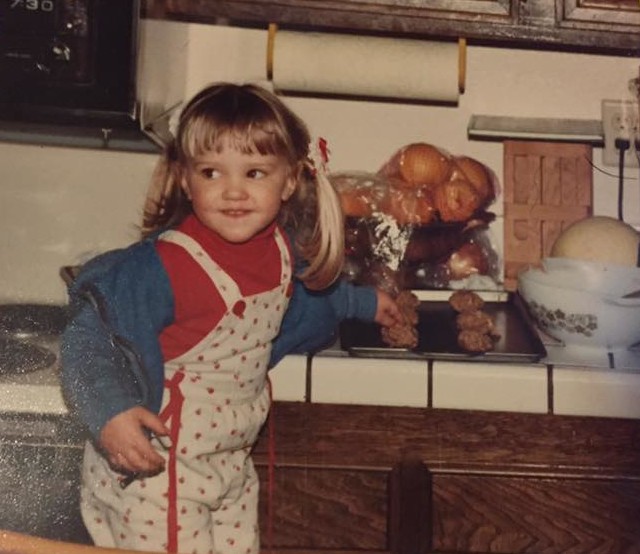 When we got older, we found the movie „A Christmas Story„, which is now an annual tradition for my family. On Christmas morning we would drive another 2 hours or so to my maternal grandma’s house to see all of that side of the family. I had a bunch of cousins my age there, so we would play with our new toys together. My grandparents were divorced, so in the afternoon we would go see my granddad for a few hours, then go back to my grandma’s for dinner with all my aunts and uncles and cousins.

First off, my experience of christmas isn’t the typical Australians‘. My christmas starts on the 24th and finishes the 26th, but really it finishes the 4th of January. In Australia everyone gets two weeks off over christmas and this is the time of the year when the weather is best and everyone saves coin to do anything and everything. 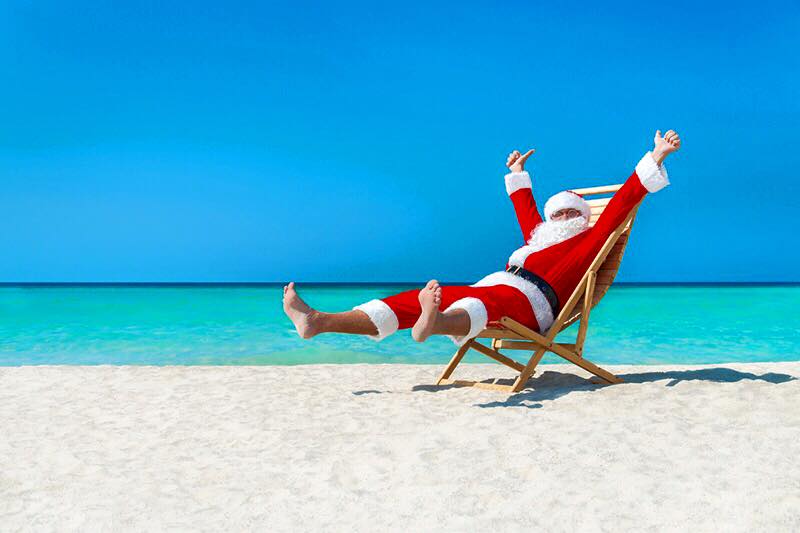 On the 24th, all of my old school mates from all over Australia and the world try to get home and we all make a point to get together. We meet in a small town 40 kms away from where I was born, a town of 200 people. Generally, the day consists of playing cricket, drinking beers, yabbying and talking a lot of shit… Later on, we go to the pub and all the older ones and families meet there. This ends up a big night for the young ones with the majority of us heading out for the night.

Christmas Day every year, I get woken up by my little nieces and nephew to open presents. I’m generally still half pissed. I don’t care about presents, but the kids love it. From here we head visiting seeing anyone and everyone for several hours. Then its back to respective houses for a feed and to start drinking. This is the part that I generally find the most boring. But the kids love it: fake santas, more presents, and water fights (it’s generally high 30 degrees). From here I slide off to meet all my mates who have bailed on the family and this is where we smash back yard cricket, cards and just drink beers and get ready for the races the next day. 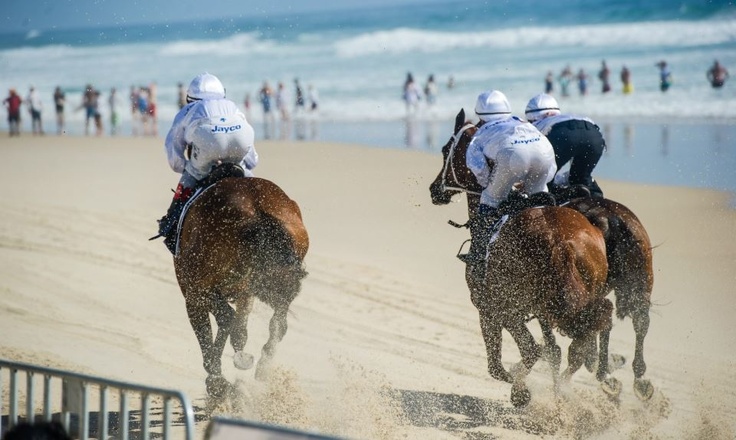 Boxing Day is the favourite day of the year behind Australia Day. This is when the Boxing Day Test starts (cricket), so we meet to watch the first session together and then it’s off to the Penshurst Horse Races. It’s a massive day backing horses, talking and drinking out in the sun. Everyone ends up mega pissed and sun burnt. We used to head to the pub after the races but five years ago one of our mates was in a fight at the pub and it resulted in forty of my mates in an all-in fight that got shut down the pub by bulk police. So now the only pub in the town is shut. The racecourse now gets a band and we hang round till it ends. 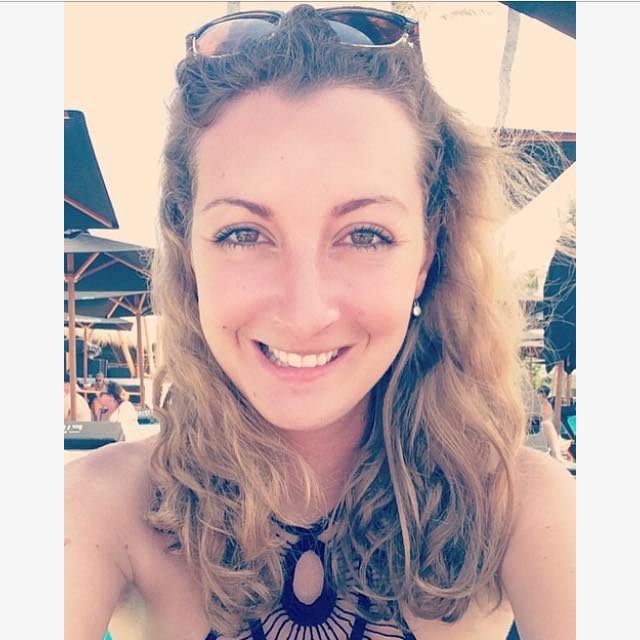